One financial analyst believes bitcoin will reach a new all-time high within the next 19 months.

In an interview with CNBC, Fundstrat Global co-founder and notorious bitcoin bull Thomas Lee argued that, “Bitcoin will see its all-time high in the year 2020.”

Lee identified several crucial factors that will push bitcoin to a new all time high, including higher trading volumes and better adoption of bitcoin worldwide.

Lee mentioned how countries like Turkey and Venezuela are using bitcoin to insulate themselves from problems with native currencies.

Inevitably, increased trading activity and adoption is going to lead to higher prices. As demand for bitcoin surges and the supply remains relatively flat, the price of bitcoin has to rise.

Think of block reward as like inflation for bitcoin. In 2020, that inflation rate will get cut in half, which means only half as many new bitcoins will be released.

Meanwhile, well over 80% of all bitcoins that will ever be produced have already been mined. The last bitcoin is scheduled to be mined in the year 2140. As bitcoin’s emission rate slows, and demand continues to rise, prices will inevitably rise with it.

Lee also pointed towards the Bitcoin Misery Index (BMI) as a reason why bitcoin could reach its all time high in 2020.

The Bitcoin Misery Index is a Fundstrat measure showing investor sentiment towards bitcoin. It analyzes factors like price, volatility, and trading activity.

Earlier this month, the Bitcoin Misery Index hit its highest point since mid-2016. Some believe this means bitcoin is gearing up for an extensive bull run. We all know what happened to the price of bitcoin after mid-2016. Within months, bitcoin quadrupled in price, catapulting from lows below $1,000 to highs above $4,000.

Recent history certainly seems to indicate brighter days are ahead for bitcoin. After starting 2019 below $4,000, bitcoin has surged as high as $5,600 in recent weeks. To start May, bitcoin was sitting comfortably in the $5,300 range.

Take anything Thomas Lee says with a grain of salt. Lee and his firm Fundstrat are well-respected analysts within the community. However, Lee has a habit of making bold price predictions for bitcoin every few months.

Last year, for example, Lee claimed bitcoin would be worth $25,000 by the end of 2018. Throughout last year’s ongoing bear market, Lee maintained that bitcoin was worth much more than its current trading price. Lee claimed bitcoin “should be” trading at a price of $13,800 to $14,800, for example, when accounting for factors like active wallet addresses, transactions per accounts, and the supply of bitcoin.

Lee also believes that bitcoin will one day reach a price of $150,000 when the number of BTC wallets approaches 315 million, or about 7% of Visa’s 4.5 billion accounts.

Of course, Lee isn’t the only bitcoin price analyst with a history of zany predictions.

Here’s what McAfee predicted on Anthony Pompliano’s ‘Off the Chain’ podcast:

Others seem equally optimistic about the price of bitcoin over the next 1 to 2 years. In an interview with Block Publisher, Andre Bruckman, CEO and Founder of Mycro, predicted that bitcoin would touch $50,000 by the end of the year:

“The industry is bigger than ever, it is more professional, more serious and the image has improved. The next run will come and this time it will be more intense than ever. BTC represents the whole industry and I am very bullish on it. I think there will be another correction and from there I see $50,000 as possible in 2019.”

Meanwhile, Henry Stanley, CEO of ICOAxiom, was equally bullish about bitcoin over the next few months:

“I believe the bull market has kicked in in the crypto space and the price of bitcoin will finish the year around $10,000.”

All we can do is wait to see what the price of bitcoin will do next. Remember: people have been calling for the end of bitcoin’s bear market for months. 2019 could legitimately be the year that bitcoin’s bear market ends. Or, we could be dropping below $4,000 again in the near future. Nobody – not even Thomas Lee of Fundstrat – knows what’s going to happen next.

Charlie Shrem Thinks That Bitcoin Vs Altcoin Debate Is Misleading 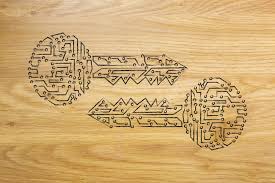