Despite Hundreds of Thousands of Active Addresses, 10.5 Million Bitcoin Have Stayed in the Same Place for A Year

Bitcoin (BTC)
Despite Hundreds of Thousands of Active Addresses, 10.5 Million Bitcoin Have Stayed in the Same Place for A Year

Bitcoin was the original cryptocurrency that created an entire industry. However, the lack of movement of Bitcoin is rather surprising. Where exactly is the circulating supply of Bitcoin?

Bitcoin has seen a lot of success this week, even though it started falling hard from the $8,000 threshold a few days ago. According to a recent report from TrustNodes, it looks like there is about 60% of Bitcoin (10.5 million) staying exactly where they are, not moving through the last 12 months.

If these numbers are accurate, then there’s about 7 million BTC in circulation, apart from the new coins that were mined this year, which is about 657,000 coins.

According to the chart above, which was posted by TN, there is 2.4 million Bitcoin that has not circulated in over seven years, since January 2012. These tokens are more than likely the same Bitcoins that some analysts believe have been lost. Investors can lose their bitcoin by forgetting the address to a wallet that held them, or losing them in an attack from a hacker, among other ways.

In the last three years, a total of 5 million Bitcoin has not circulated. This number is the higher side of what analysts estimate to be lost. Still, these numbers indicate that there’s a rising level of scarcity in Bitcoin, considering that the supply decreases as the Bitcoin are lost. 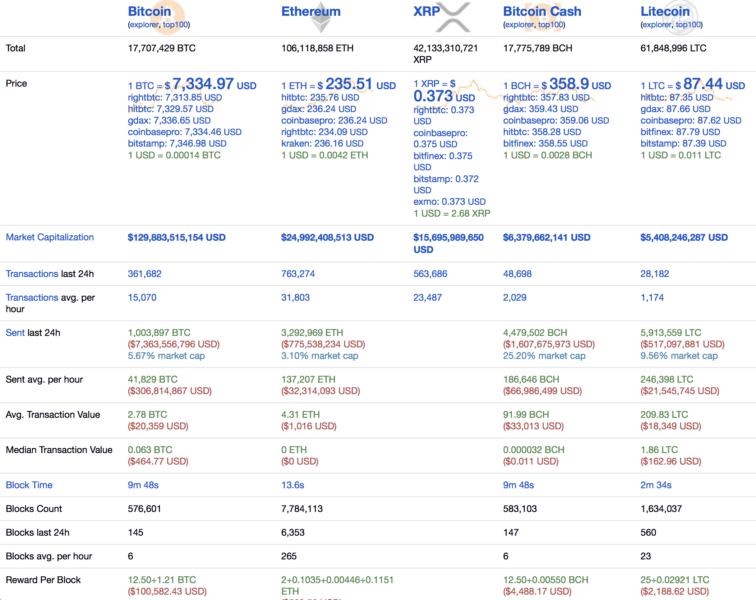 In the last 24 hours, approximately 1 million Bitcoin have been moved. Based on the current value of Bitcoin, those Bitcoin are worth $7 million, which TN states is on the same level as MasterCard. Unfortunately, other cryptocurrencies do not quite match up.

Presently, Bitcoin is trading at $8,017, which is a climb of 10% in the last 24 hours. The rest of the market is reporting gains as well, with the exception of a few altcoins.