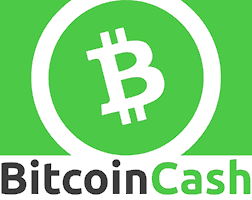 Two of the Bitcoin Cash miners reportedly carried out a 51% attack on the Bitcoin Cash (BCH) blockchain in an effort to reverse another miner’s transactions, per the Tweet by Cryptoconomy Podcast host, Guy Swann on May 24th.

Controlling 50 percent of the Hash Power

Typically, it has been assumed that a 51 percent attack is carried out with malicious intent, however, this isn’t the case with Bitcoin Cash. Here, two mining pools – BTC.com and BTC.top carried out this move to stop an unknown miner from taking some coins, due to a code update. Instead of rewarding the attackers or have them for themselves, this move was for the good of the community.

Swann explained, “Since the original split in 2017, there has been a significant number of coins accidentally sent to ‘anyone can spend’ addresses (due to [transaction] compatibility of signs, but no #SegWit on #BCH), or possibly they’ve been replayed from #Bitcoin onto the #BCH network.”

The attacker that day took advantage of a bug that was unrelated to the upgrade – which was subsequently patched – that caused the Bitcoin Cash network to split and BTC.top to mine empty blocks while the bad transactions made blocks impossible to produce.

“When the unknown miner tried to take the coins themselves, [BTC.top and BTC.com] saw & immediately decided to re-organize and remove these [transactions], in favor of their own [transactions], spending the same P2SH coins, [and] many others,” Swann further said.

At one point, BTC.top controlled over 50 percent of the power by itself. However, BTC.com and BTC.top were able to join together in order to reverse the blocks of transactions. Currently, both the mining pools have a combined hash power of more than 42 percent, as per the data provided by Coin Dance.

A Good or Bad Thing?

The Bitcoin Cash community is divided on this. While some developers are quiet, others like jtoomim called it “justice” and “punishment” for “antisocial behaviour.”

Meanwhile, some like Bitcoin Cash developer that goes by the name, Kiarahpromises argues that it is bad for the blockchain and shows that BCH blockchain is centralized.

“To coordinate a reorg to revert unknown’s transactions. This is a 51% attack. The absolutely worst attack possible. It’s there in the whitepaper. What about (miner and developer) decentralized and uncensorable cash? Only when convenient?” said  Kiarahpromises.

This is certainly a matter of concern shared across proof-of-work networks. If we take a look at the bitcoin’s hashing power, according to Blockahin.com, it is divided among three mining pools only. The Ethereum (ETH) network seems to be performing very well in terms of the number of transactions that it’s currently processing. The second largest blockchain platform in the market is approaching 1 million transactions per day, according to data provided by BitInfoCharts.

As the crypto market expands and the community changes the sentiment to positive, blockchain networks are becoming more used than before. This can be seen in Bitcoin and Ethereum. The second largest cryptocurrency has reached almost 950,000 transactions a few days ago, and the trend is clearly to the upward. However, this remains far from the 1.35 million transactions that the network registered in January 2018.

At the same time, Bitcoin transactions are reaching new highs in over a year. A few weeks ago, Bitcoin registered 452,000 transactions. However, there is a difference between Bitcoin and Ethereum. While Bitcoin transactions reached a bottom in April 2018, Ethereum network activity continued falling until almost a year later in February 2019.

Ethereum is also recovering after falling below $100. This sharp decline in the price of Ethereum was related to the fact that there were several startups and Initial Coin Offerings (ICOs) selling their digital assets in order to cover operational costs. At the same time, this drop was accompanied by a price decrease in Bitcoin (BTC).

One of the fastest growing sectors of the Ethereum ecosystem is Decentralized Finance (DeFi), which consists of Ethereum-based peer-to-peer lending products such as MakerDAO or Dharma, among others.

At the time of writing this article, Ethereum is being traded around $257 and it has a market capitalization of $27.37 billion. In the last 24 hours, Ethereum lost almost 10 percent of its value due to a large drop in the price of digital assets.

Ethereum seems to be recovering from the bear market in economic terms. Its network could be processing 1 million transactions a day in the near future. This is the same value as the network registered in February 2018.

After Craig Wright’s drama, there was a strong rally in bitcoin SV price above $80.00 and $100.00. BSV to USD even traded towards the $135.00 level and it is currently consolidating gains for the next wave.

Recently, Craig Wright filed registrations with the U.S. Copyright Office to claim authorship over the original bitcoin code and the Satoshi white paper. It sparked a sharp upward move in bitcoin SV price from the $60.00 support area.

However, the $100.00 level along with the 50% Fib retracement level of the recent rally from $61.64 to $134.82 are currently acting as a support. Moreover, the price is trading inside a contracting triangle with support near $98.00 on the same chart. Facebook has stolen nothing more and nothing less than two veteran employees of Coinbase, the buzzy startup Blockchain that is responsible for the compliance of the firm based in San Francisco and the most popular cryptographic exchange in the world.

While the rumors revolve around plans to intensify the Blockchain development of the social networking giant.

The former managers in charge of fulfilling Coinbase respond to the names of Mikheil Moucharrfie and Jeff Cartwright, who will continue to develop the similar work on Facebook when dealing with the problems of compliance of the social network in matters of blockchain technology.

Moucharrfie was with Coinbase for almost four years, most recently as a risk manager and formerly as a compliance manager where he ‘led a team of compliance analysts'. Now he works as Head of Compliance in Blockchain Facebook.

For his part, Cartwright was the director of risks and regulatory examinations of Coinbase, and its head of internal audit, in addition to working on compliance management before that. Now on Facebook he will be dedicated as Policy and Compliance Manager.

This is not the first time that secret hiring Facebook has been filtering in recent months as part of its efforts to form a first-rate Blockchain team to help develop its critpomoneda, which was widely publicized by Mark Zuckeberg recently at a conference, about the ability to use it as payments by courier through its subsidiary WhatsApp, of which Facebook owns.

According to Bloomberg, the Blockchain Facebook team now has 50 employees and could finally announce a product publicly in the third quarter of 2019.

For now Facebook has spent resources looking for experts in other parts of the industry to ensure that Blockchain's efforts comply with relevant regulations that govern an incipient industry that notorious for scandals and regulatory errors, and to try to prevent their plans from being truncated by the type of previous crises that have affected Facebook in other business areas in the last two years.

For now the firm is looking for people to fill vacancies in the area of ​​communications, and strategy and brand information manager as well as a community, media and web administrator, suggesting that it is preparing for a public launch.

The network giant's job ads also suggest that Facebook is exploring Blockchain applications in more experimental areas such as healthcare and communications.